Girls in Film represents, champions and connects the new generation of female-identified creatives in the film industry. For our launch Virtual Edition of The Other Art Fair, they have curated a selection of 5 short films, highlighting rising filmmakers from London, New York, South Africa, Prague and Amsterdam.

Come back each day of the Fair to watch one of these rising stars. Register for advance access.

SHOWCASING AT THE GLOBAL VIRTUAL EDITION

Drowned out by the claustrophobic noise and buzz of the block, Trey searches for clarity amongst his confusion. Amidst the chaos, one voice struggles to find an identity. Tin Luck is the little box that falls from one confused person’s balcony to another with some hope inside.

Tin Luck is a community-led film that came out of Maiden Lane Estate, Camden. Beatrix Blaise, director and writer, seeks a different way of filmmaking, one where 90% of the cast are from the community or friends of, and the script is developed from numerous conversations with residents. Beatrix and her crew posted 300 letters through the doors of residents to ask them to be involved whether in front or behind the camera. This is the story of a local community – complete with all its sorrows and joys, contradictions and clarity – told in one unbroken nine-minute shot, on technocrane, on 35mm film.

“Tin Luck is a slice of life. The characters are there to offer up a context of a busy living environment and an understanding of how quickly life alters. One meeting here, one meeting there and suddenly the course of your life changes. But that can also be very confusing, bringing interruptions to your personal path. Having spoken to, in particular, Sam, Brown & Awate, who’ve all grown up at Maiden Lane – this idea of continuous noise around you and the effects it has on your identity resonated with me hugely. As a woman, a Londoner, and having grown up with a very mentally unwell parent, I guess I’ve felt like that a lot in my life: drowned out by other people’s problems, voices, egos, needs and desires while searching for someone to prioritise you and help you unlock you. This is essentially the love story in Tin Luck.”

THIS IS plays with the versatile aspects of the beliefs concerning ‘identity’.

A research into the intriguing differences, and the moldability of ‘being’.

“This film was made in a month’s time in the attic of my sister’s home. We made this film with just three people: me, my sister Chiara Tichelman and Dickie Baan, who produced the audio. We chose deliberately for the intimacy of a small team, believing it allows more room for discovery during the development of the project.

We worked with two elements: the text in the film and the materials we’ve collected over the last few years. Most costumes were inherited from our grandparents, given to us by parents and friends, or found in all kinds of places. The images are thereby made with materials that shaped our own identities; the constructional stories of who we believe we are. We never knew what the characters would look like beforehand and had a kind of intense dress-up party for a full week.”

LERATO is an 11min film about a hardened farm labourer and his young daughter Lerato whose only desire is to have her father see her play piano.

“This film was very personal. It was my second short film shot during my masters in New York. I was far from home and drew inspiration from my childhood. The smells, the dewy early dawns the church songs, my home language seTswana. Thus, I shot the film in and around Rustenburg where my family is from. All the locations are places I grew up in and several of the extras and cast are my family members. In hindsight, this film was written about me and my father. It’s all the more special now since his passing in 2020.”

Delimitation follows a young woman looking for an apartment in a busy metropolis. Crowded city streets, empty spaces and mechanical undergrounds become her playground as she tries to overcome an ubiquitous alienation that she feels within. In this transformation different spaces offer a view to an escape from the banalities of everyday life. The film uses combination of stylised movements and expressive dance to discover new forms of film language with emphasis on the role of sound and picture more than dialogue.

Delimitation is a personal journey from an inner isolation to the ability to open up to others, meanwhile discovering yourself.

“Finding yourself a place in this world is an inexhaustible and still ongoing human experience. This process is full of negative feelingsas loneliness, fear of unknown, fragmented identity and therefore insecurity. But there is still intensive feeling of life in it, also. I’m fascinated by the space itself and our ability to discover ourselves through it, especially the exact place, which we call home.

The space we are surrounded with provokes constant dialogue with our own identity, it refers to it and forms it with its sharp but  also soothing features. Our personality reacts on the exterior impacts with its delimitation. My point is not to perceive it as building borders necessarily, but rather as a condition for further connection. Intent is to connect the world of the inanimate and living and lonely human being with a whole beyond us.“

One batch of mushy sourdough. Two radioactive lizards. Three cans of Campbell’s tomato soup. The New York filmmakers asked 20 people from around the world to tell them about the dreams they’ve been having in quarantine. And then they drew them.

Made entirely remotely – from interviews to animation to music score – this film was a collaboration across five continents of people working together in isolation.

“In spring 2020, we read that individuals around the world were reporting more vivid and memorable dreams. We’d experienced this ourselves and quickly found that many others in our circles had as well. Through further investigation, we discovered a handful of pandemic dream collection initiatives, ranging from a psychoanalysis research group in London to a nearly-200-page Google Doc with entries from all over the world.

Inspired, we set out to find—and animate—pandemic dreams. We created a Google form and reached out to people in May through subreddits, survey sites, other social media, as well as our own networks. We received over 80 responses and selected people to interview via video call based on their dream descriptions. Our goal was to explore how people are experiencing this moment in history through an uncommon lens—the subconscious.

We wanted this film to look both handmade and slightly digital—handmade to reflect the intimacy of dream-sharing, and digital to echo the digital texture of our phone interviews. Our naive, playful character design undercuts many of the more serious themes in our interviewees’ dreams, and its simplicity makes the dreams more relatable. To further connect the dreams and hint at the idea of a collective dream subconscious, we decided to include motifs throughout (but we won’t say what they are!).

Overall, though, weaving the dreams together came naturally– we found that many of our subjects were both anxiously dreaming of “invisible monsters,” since it’s difficult to visualize a virus particle, as well as figures that gave them comfort, like a lover offering cans of tomato soup.”

REGISTER FOR EARLY ACCESS AND ENTER A PRIZE DRAW TO WIN $1,000 TO SPEND ON BUYING ART AT THE FAIR

The Other ARt Fair On Demand

Take part in a variety of creative workshops, watch artist interviews, browse our virtual Fairs, and more on The Other Art Fair YouTube channel.

Sign up and be the first to know all the latest Fair and artist news, Online Studio collections, exclusive special offers and more. 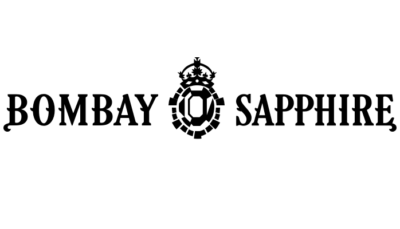