These members of a globally significant art community set the high standard of the fair, handpicking every exhibiting artist from the hundreds of applications received and ensuring the fair’s visitors can buy with the confidence that they are investing in the best of emerging talent. 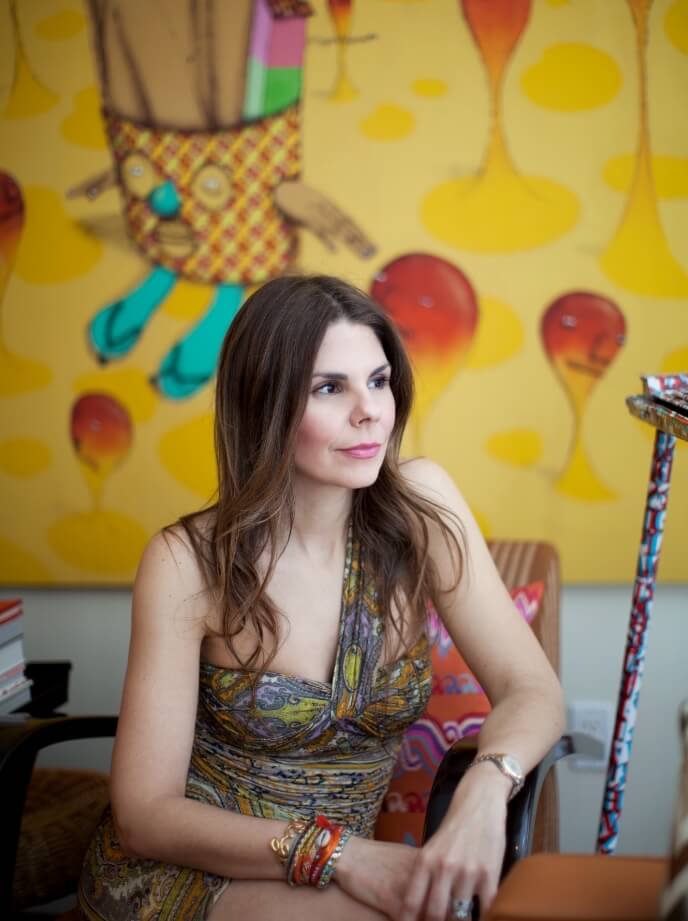 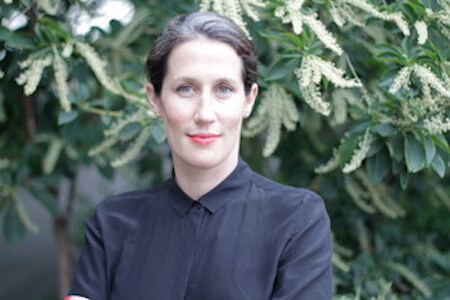 With more than 15 years of experience at the intersection of arts, culture, and community development in the public realm, Solana Chehtman is currently the Associate Director of Public Engagement at Friends of the High Line, the conservancy that maintains, operates and programs the High Line park. There, she is responsible for cultivating and engaging New Yorkers through curating and producing free, unique, dialogue-initiating cultural experiences, reflective of diverse voices, and relevant to different publics.

Throughout her career, Solana has worked with different organizations, both in her country of origin, Argentina, and in New York -including Creative Time, the New Museum’s Ideas City Festival, Tribeca Film Institute, among others- with the ultimate goal of advancing cultural equity. 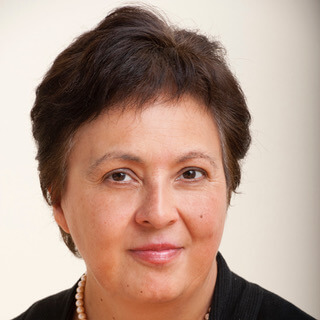 Elizabeth Ferrer is Vice President, Contemporary Art at BRIC, a not-for-profit cross disciplinary organization based in downtown Brooklyn that presents diverse cultural programming while also providing substantial support to artists and media makers. Its contemporary art program is the oldest in Brooklyn. At BRIC since 2007, she has curated numerous solo and group exhibitions, primarily of emerging and mid-career Brooklyn-based artists.  In 2014 she launched a major exhibition initiative, the BRIC Biennial, which recently had its second edition in 2016, focusing on Bedford Stuyvesant and Crown Heights-based artists.

In addition to her work at BRIC, she is a leading specialist of Latino art and photography who has curated shows seen at such venues as the Mexican Cultural Institute and the Smithsonian Institution in Washington, D.C., at El Museo del Barrio and UBS Art Gallery in NY, and at museums across the United States. She has authored  books and catalogues published by the Aperture Foundation, the University of Texas Press, and other publishers. Ferrer frequently serves on panels for public commissions of artworks and for artist residencies and grants.  www.bricartsmedia.org 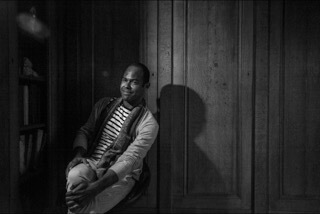 Billy Gerard Frank (born in Grenada) is a multi-disciplinary artist, and autodidact living in New York who works at the intersection of art, filmmaking, design, and activism. Frank’s practices mine personal, political, and social histories and challenge dominant and normative discourses around them. His research-based work addresses issues of migration, race, and global politics, relating to gender, minority status, and post-colonial subjects. He moved to London as a teenager where he began painting and exploring experimental video art and installation and was part of several film and art collectives. In 2001, he moved to New York to pursue studies in fine arts at the National Academy of Art and the Art Students League of New York.

Frank was recently selected to represent Grenada at 58th La Biennale di Venezia 2019. Over the years, he has been an artist-in-residence at several artist residencies. Frank is also the founder of Nova Frontier Film Festival & LAB that showcases films and arts from the African Diaspora, the Middle East, and Latin America.

Since 2005, after studying filmmaking and media arts, Frank has worked as a writer, director, and production designer, in both narrative and documentary films that were screened at international film festivals, Sundance and Berlinale. His narrative short film, Absence Of Love, which he wrote and directed, premiered at the Palm Springs International Short Film Festival, shown in over 50 international film festivals and won audience best award. He was nominated for a European Music Video award in the category of Production Design for his design of Warner Music Group artist, Mary Komasa. He is presently in development on a narrative feature film, and a television series. 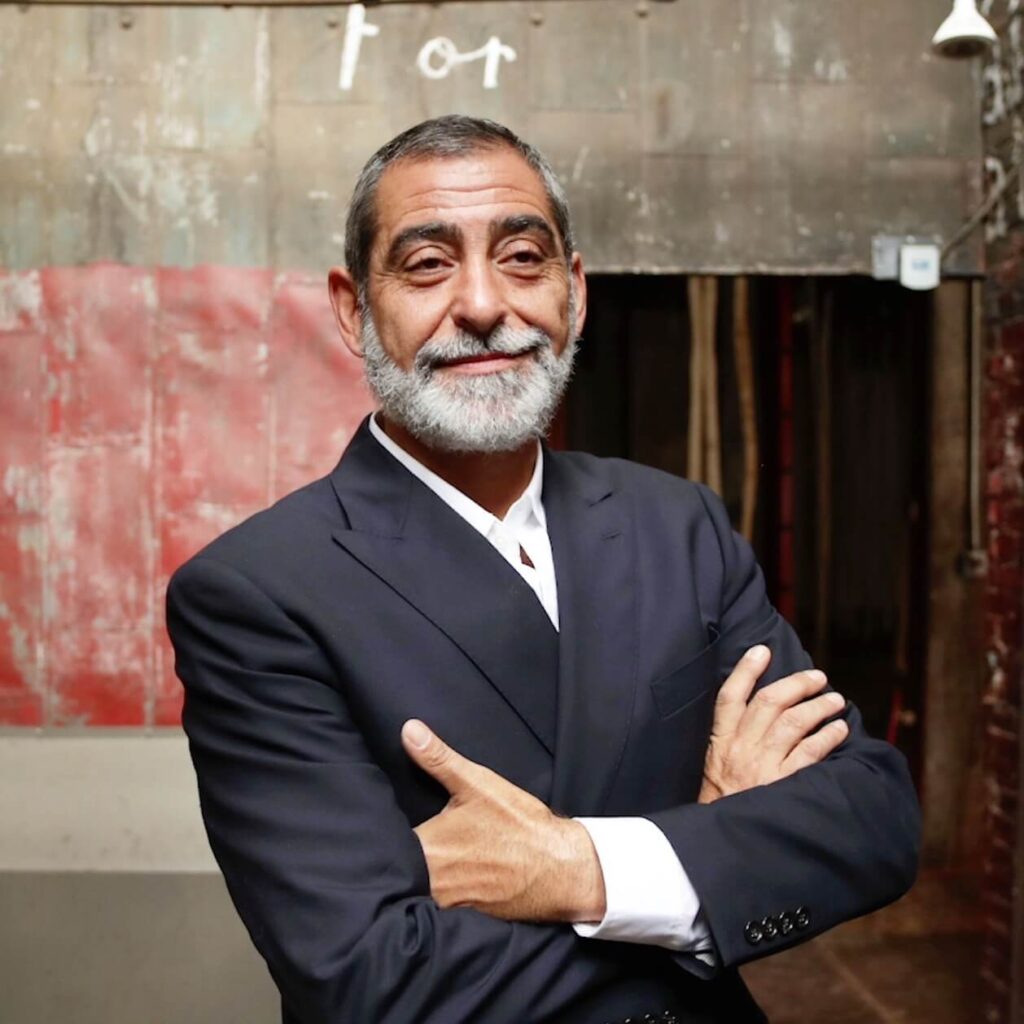 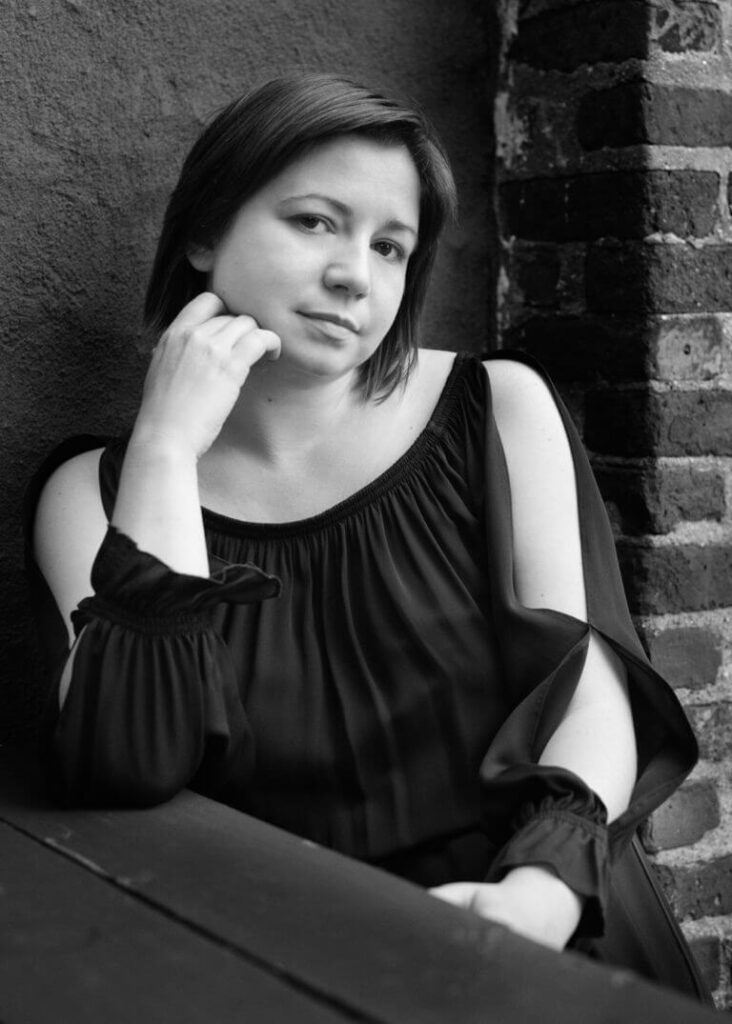 Jessmyn Fiore is currently the Curatorial Advisor for Rawson Projects gallery in New York, a co-founder of Nasty Women Exhibitionas and the co-director of the Estate of Gordon Matta-Clark.

Liz Hopfan first came to understand the crucial intersection of art-making and mentoring as a volunteer with Free Arts for Abused Children in LA. As an elementary school teacher in the late 90s, she saw opportunities for art education drying up. When Liz started volunteering at a residential care facility for boys, she was moved by how the children opened up while engaging with the arts and the volunteer mentors. These experiences inspired Liz to head back east and found Free Arts NYC.

“With the support of a generous philanthropic family, I was able to launch Free Arts NYC as a one-woman organization. Nearly twenty years later, the organization has grown to a full-time staff of a dozen dedicated employees and developed a family of thousands of active volunteers. In 2017, our Teen Art Program tripled the number of participants and we’re on track to continue to grow our Free Arts Day Program to nearly 100 events this year.” 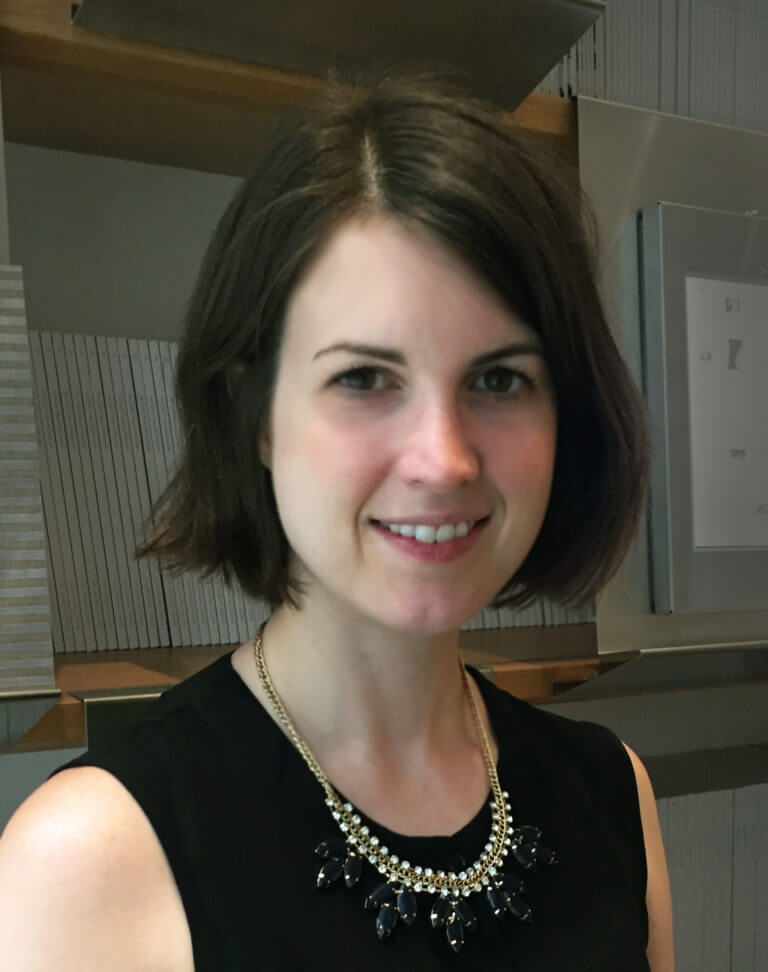 Amber Harper is Assistant Curator at The Drawing Center in New York.

Sara Hashim loves to connect dots in unexpected ways. An award winning Creative Director, she holds a Masters in Design from the Pratt Institute in New York and was a fellow with Milton Glaser. She helps people and businesses uncover untapped potential, realize core values, and create beautiful, tangible spaces for ideas to thrive. A graphic designer by training with a passion for transformative education, she believes in developing flexible systems that empower others to accomplish more together than they can individually.

Sara also teaches an Innovations in Marketing class at NYU, has taught Design at Hofstra University and serves as a visiting critic at Pratt. Her independent design consultancy practice spans over 15 years in the US and abroad and includes international brands as well as work for small businesses and individuals.

You’ll find her connecting with people – and connecting dots – wherever deep, heartwarming conversations are to be had. 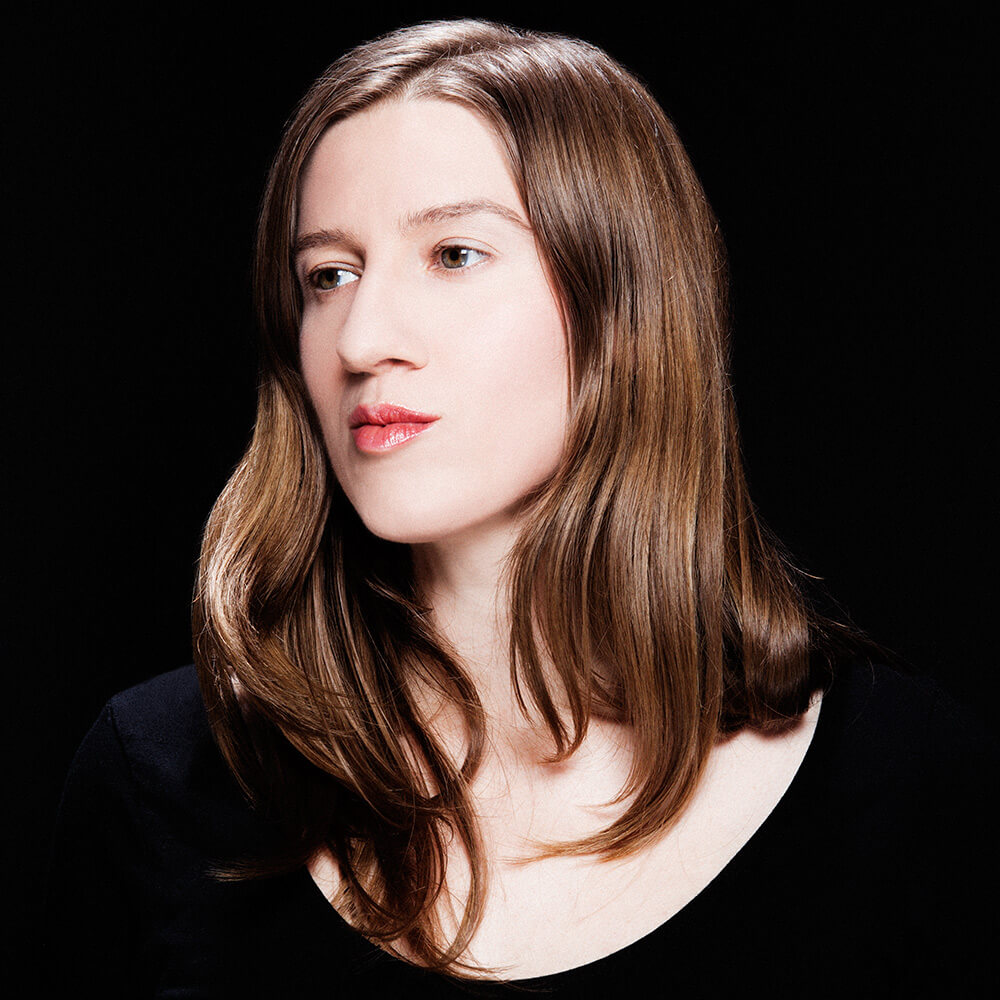 Joanne McNeil is a writer interested in the ways that technology is shaping art, politics, and society. She was a fellow at the Carl & Marilynn Thoma Art Foundation, receiving the inaugural Arts Writing Fellowship Award for an emerging digital arts writer. 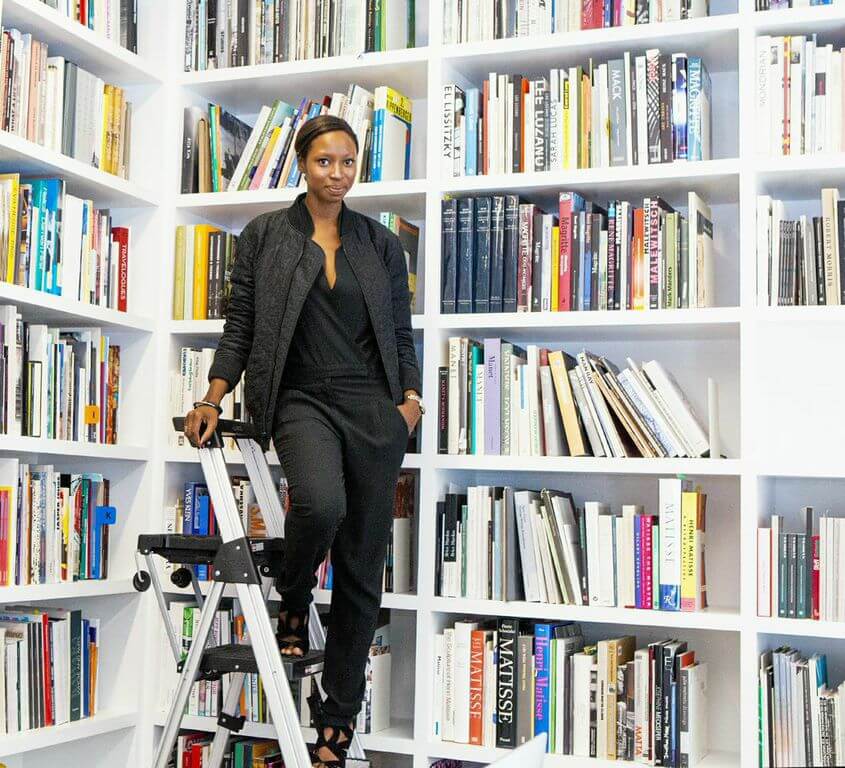 Ashley Stewart is Director of Sales at Salon 94, a contemporary art gallery with locations in Manhattan’s Lower East Side and Upper East Side neighborhoods. 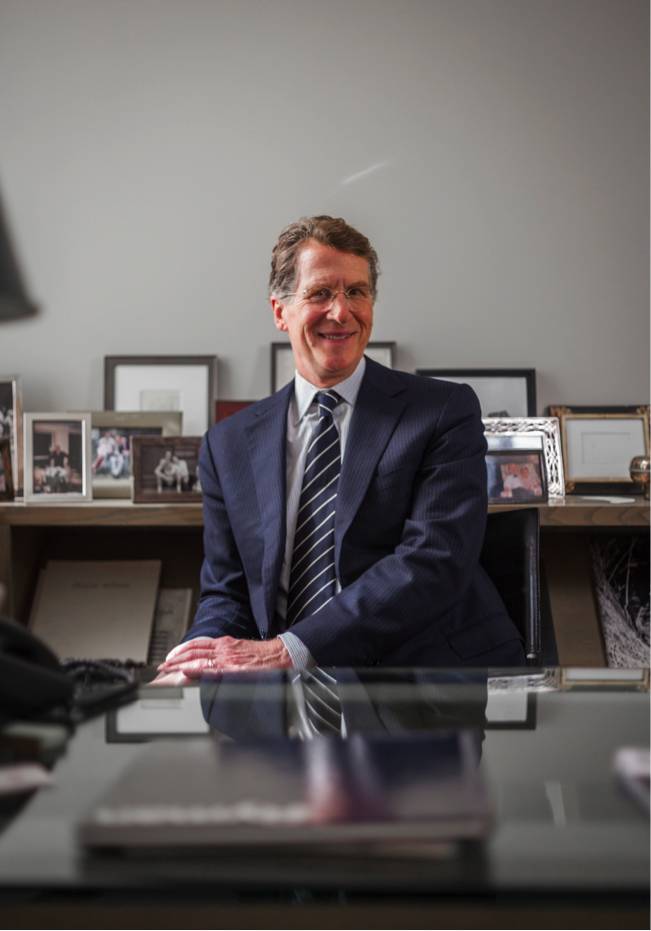 MacGill was the director of LIGHT Gallery, New York, and graduated with a BFA from Ohio Wesleyan University in 1974 and an MFA from the University of Arizona in 1977, where he was the first student to graduate from the MFA Photography program.

Rachel Miller is contributing editor at Brooklyn Magazine, where she writes about art. Rachel has also written for Tom Tom Magazine, The Guardian, Huffington Post, and Art Observed. Before that, she managed a short-lived gallery on the Lower East Side called Parade Ground and worked on the Scripted Programming team at Tribeca Film Institute. She lives in Ridgewood, Queens . 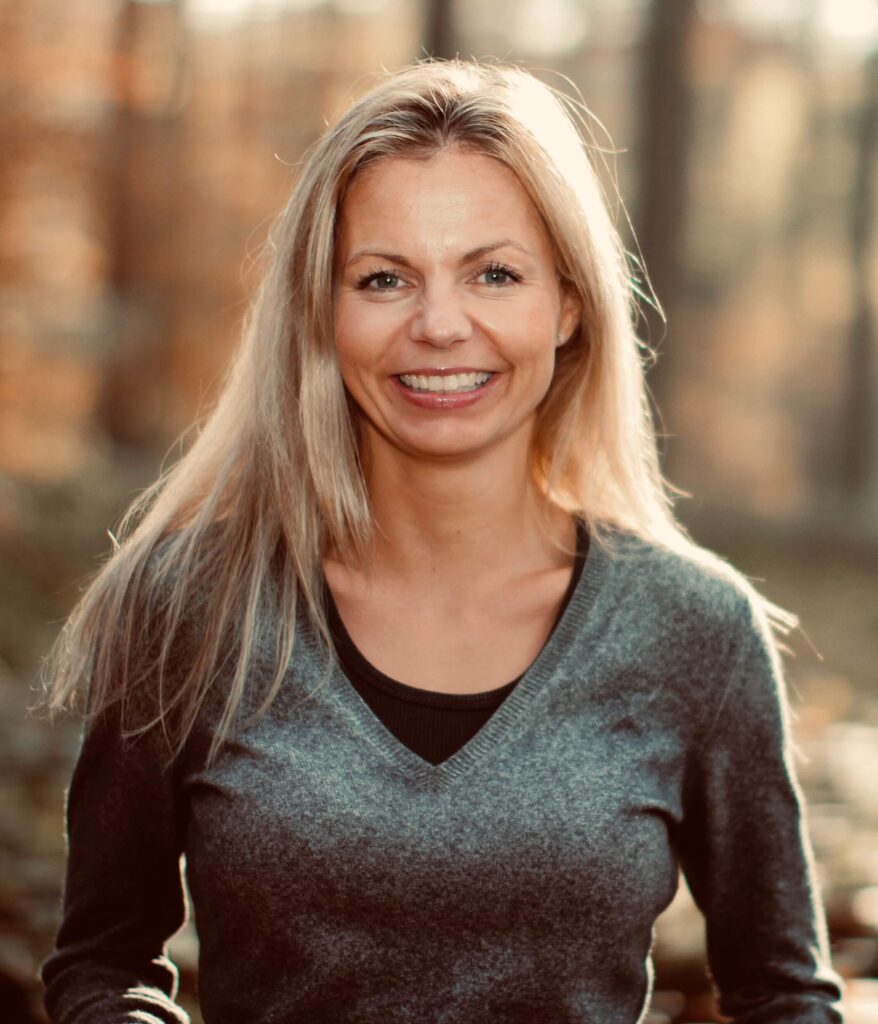 Zoe Christensen is the Musuems, Galleries, and Sponsorships manager for SeaLegacy, a non-profit that combines decades of experience in conservation, photography, and communications, with the latest digital and social technologies, to build a healthy future for our oceans.

As well she serves on the board for the Prix Pictet Award, an international award in photography and sustainability, in addition to the Jury of Photography for Fotografiska’s “Young Nordic Photographer of the Year”. 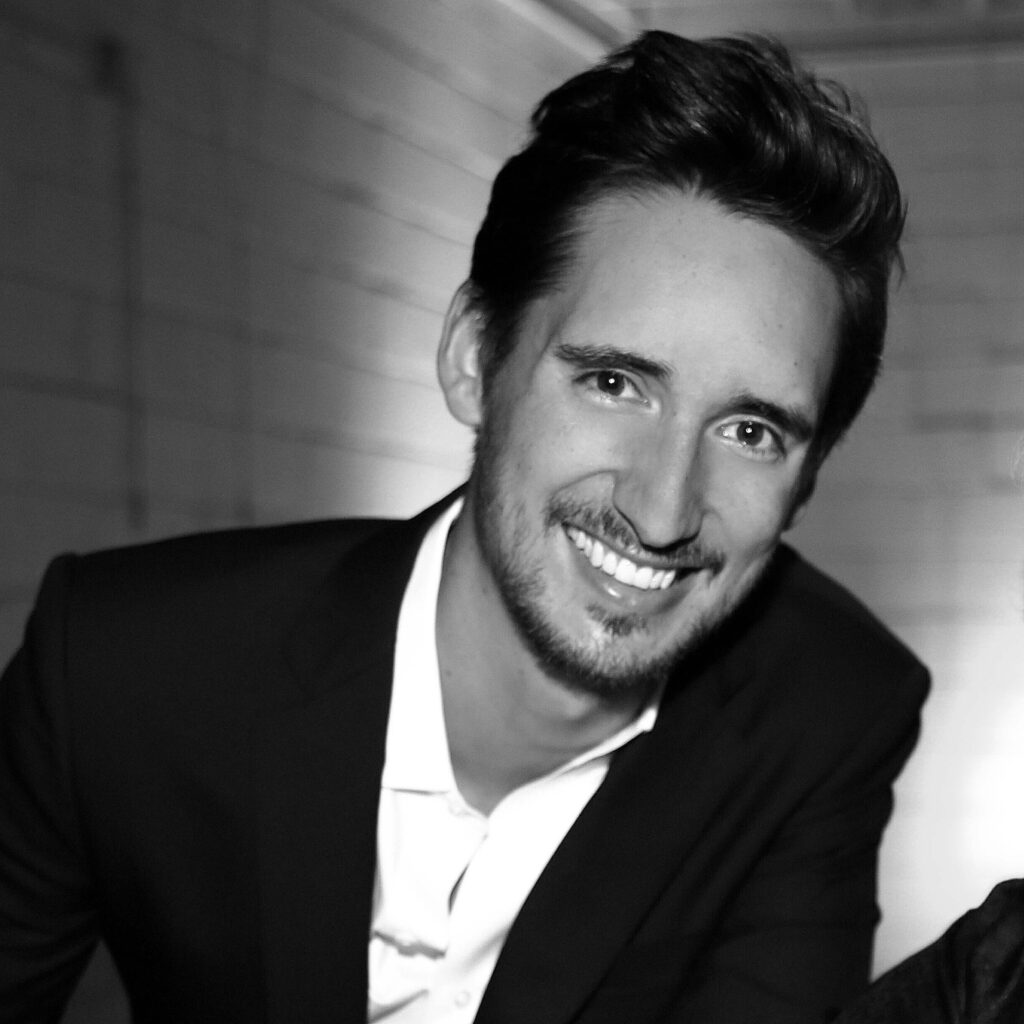 Donald Johnson Montenegro is a director of the Luhring Augustine Gallery, New York, where he handles sales and works closely with a number of the gallery’s artists, including the estates of the Brazilian artists Lygia Clark and Tunga. 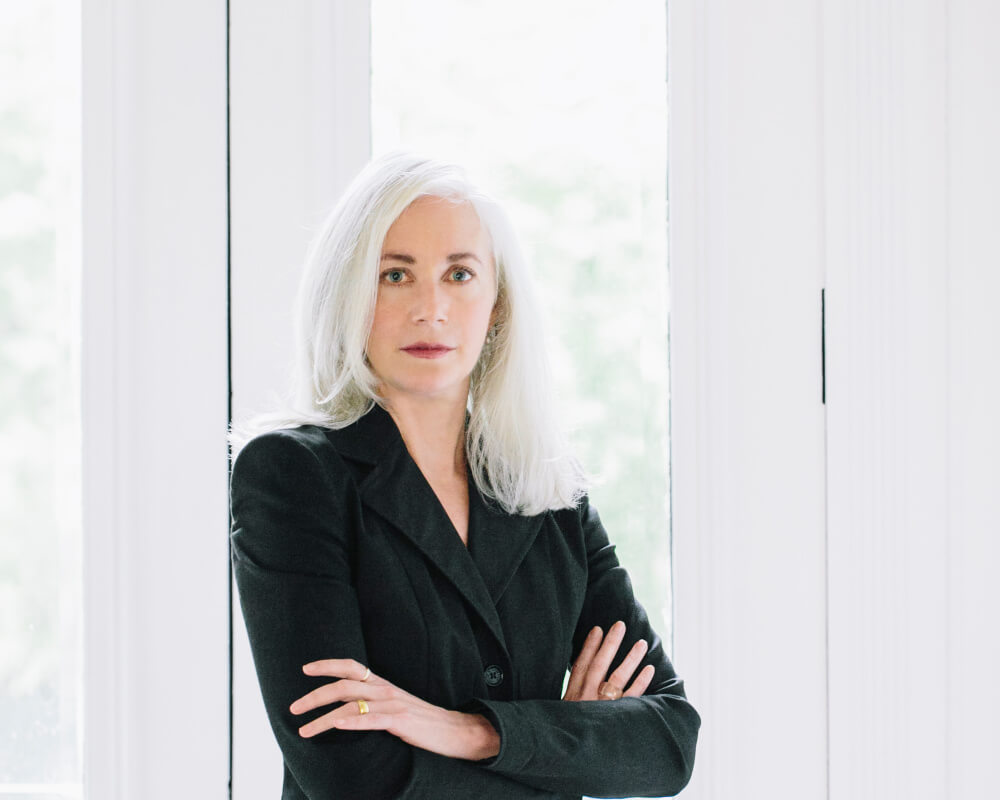 Mary Rozell is the Global Head UBS Art Collection. A recognized expert on art collecting, she has been an advisor to collectors, artists and estates on strategic and legal issues relating to the acquisition, management and deaccessioning of private art collections. 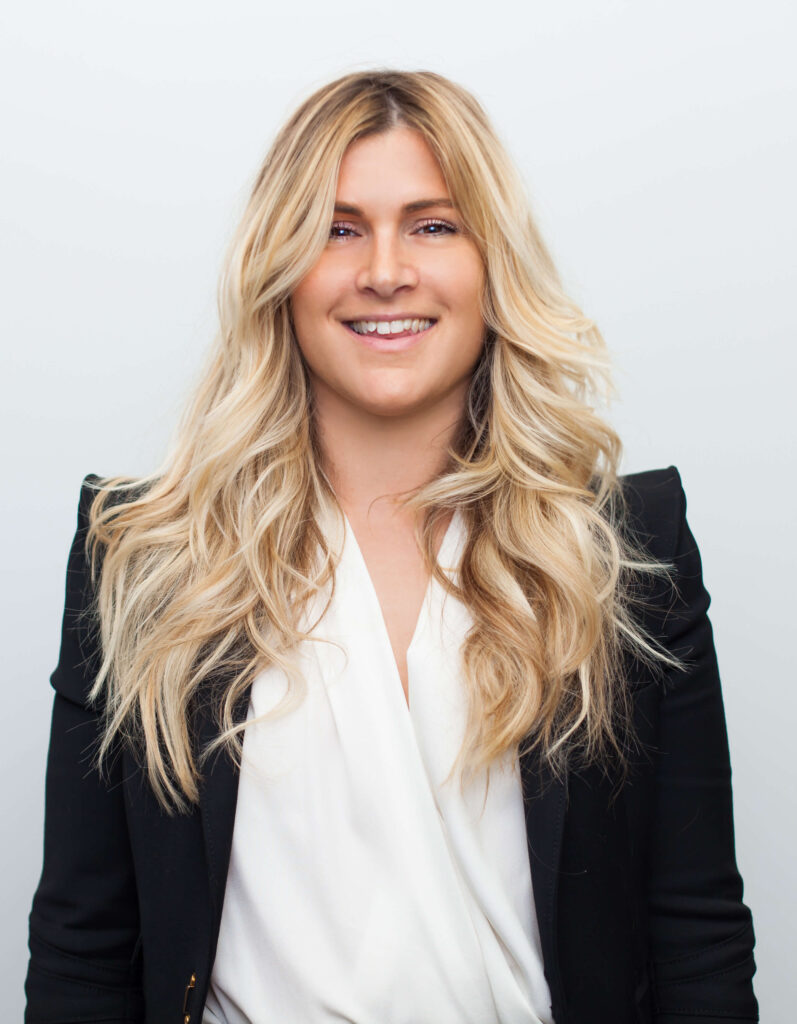 Joey Lico is The Cultivist’s Chief Curator and Sr. Director of Programming for the Americas. Lico is a Co-Chair of the Executive Committee for the Whitney Museum of American Art and remains on the Advisory Board for NYFA. 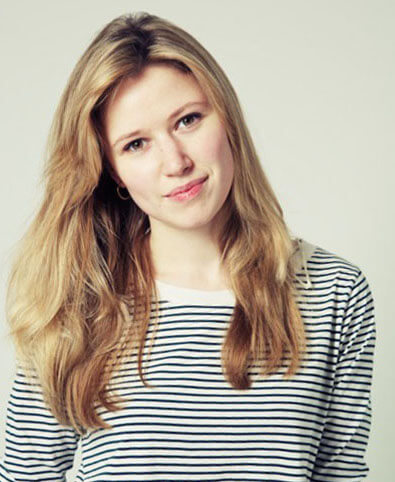 Emily Steer is Deputy Editor at Elephant, and has previously been published in titles including the Telegraph, Grazia, Time Out, i-D and MUNCHIES. 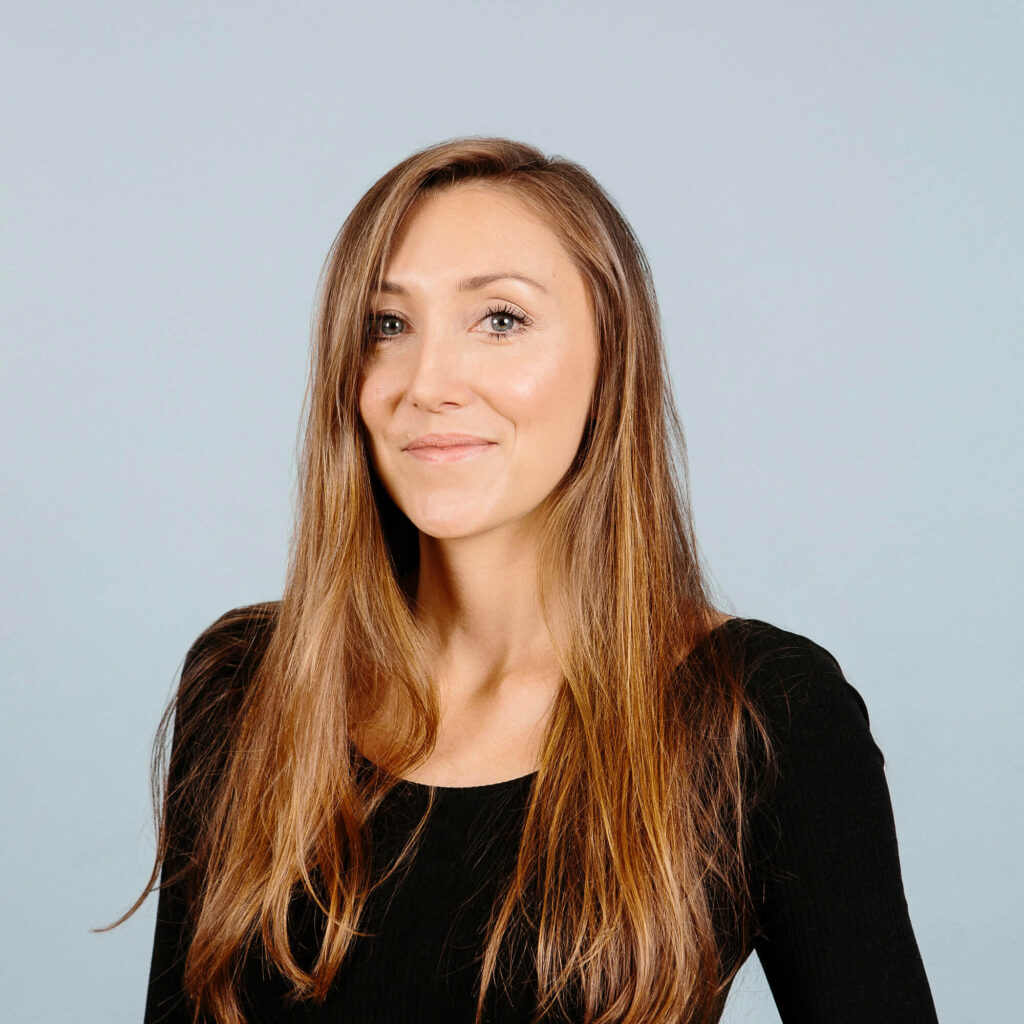 Deva Pardue is a Designer and Creative Director originally from Dublin Ireland, who came to New York to study Design at The School of Visual Arts, she is currently heading up the Creative Department at The Wing, a network of work and community spaces designed for women. Deva built her career at the revered Pentagram Design where she learned from industry leaders such as Michael Bierut, Paula Scher, and Emily Oberman and worked on a wide variety of branding, environmental, and editorial design projects. In 2016 she founded For All Womankind and created the now iconic Femme Fists illustration that went viral during the Women’s March and through which she has donated $23K to non-profits fighting for Women’s issues. Deva has earned awards from the Type Directors Club and Communication Arts, has spoken at prestigious institutions and conferences including Princeton University, the AIGA, and Brand New, and has received press and recognition from publications including Fast Company, Adweek, and Graphic Design USA who, in 2018, listed Deva in their roundup of “Socially Responsible Designers to Watch”. 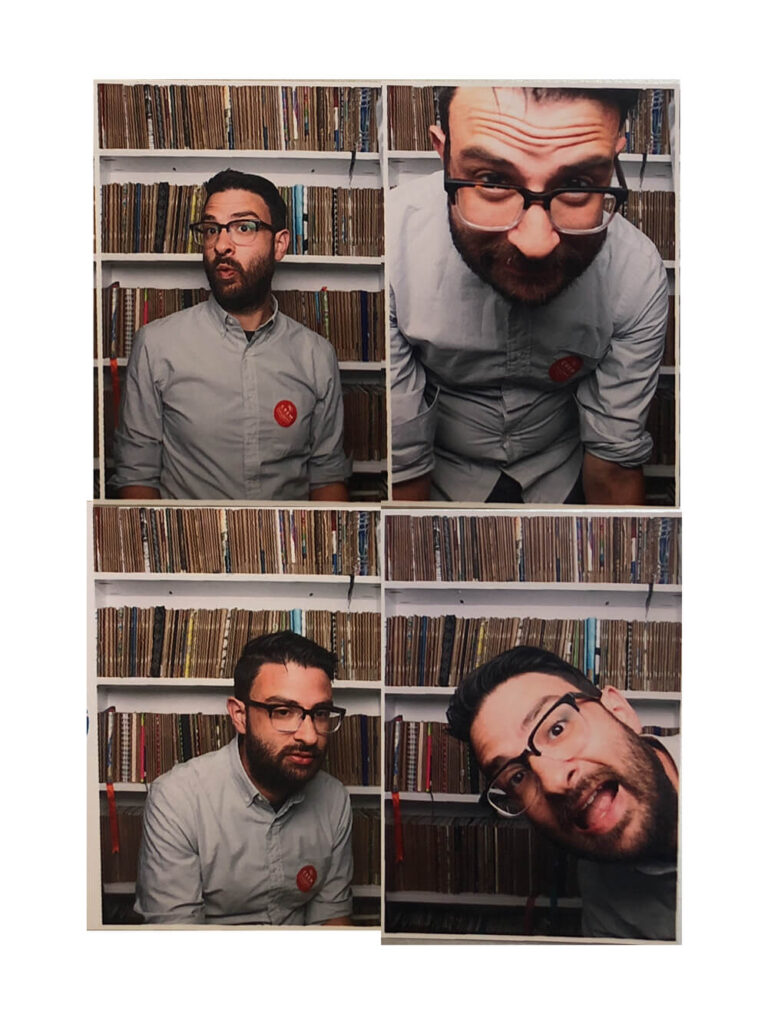 Steven Peterman is Founder and Director of The Sketchbook Project and Brooklyn Art Library. He has a keen interest in how community interacts and can be formed around art. He is equal parts business and idea gum ball machine. Steven lives in Brooklyn with his wife, Sara, their giant polar bear (dog), Harriet and a very old cat, Thrifty. 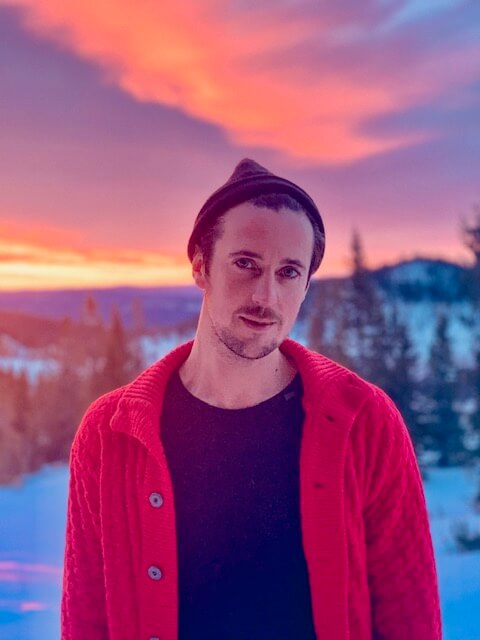 Rolf Arne Leer is an entrepreneur and journalist from Norway with a passion for traveling, storytelling, and meeting new people. He is renowned for his work on “Good Evening Norway,” the largest entertainment news program in Norway, and for his documentary production, “Life is Strange” featuring an intensely anxious guy and his search for love.

Rolf Arne immediately fell in love with New York through his encounters with locals, each of whom shared unique insights into what the city means to them and why they call it home.

Rolf Arne started visiting New Yorkers in their homes to conduct interviews and to gather their perspectives. First featured on the Huffington Post, Rolf began to gain followers from around the world with his innovative, unfiltered portraits.

He decided to share these insights through his own publication, and Quoted Magazine was born. 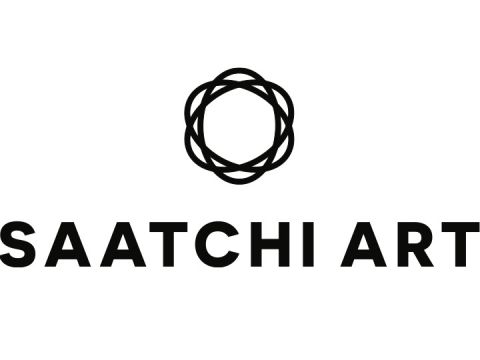 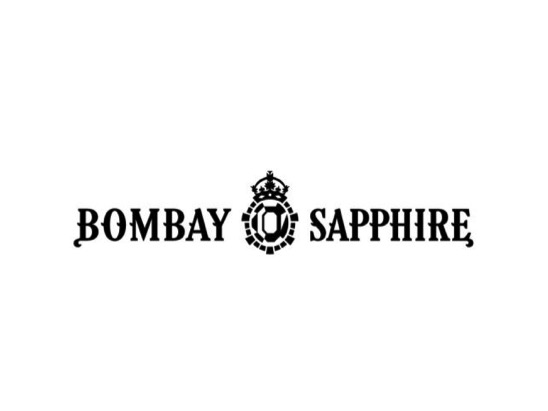